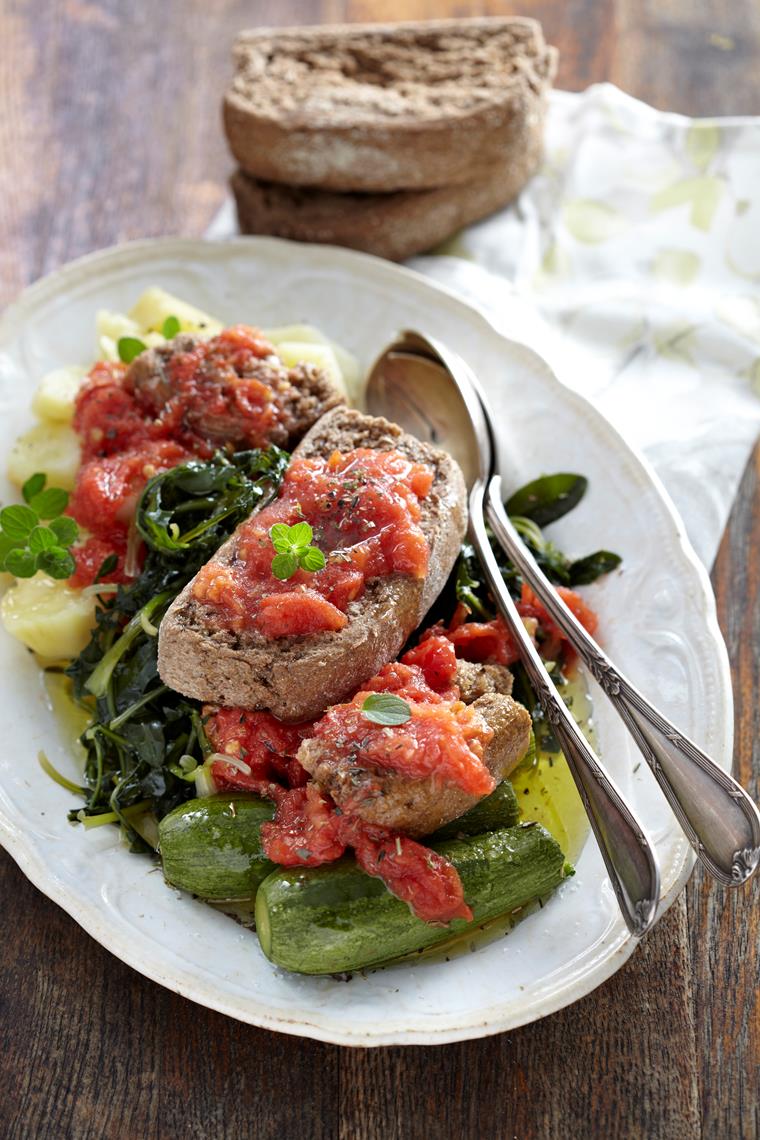 In a pot, boil 600 gr. potatoes with their skins for 45 minutes until they become soft. Let them to be a little bit cool. In another pot boil 600 grams. pumpkins, 600 g. vlita or wild greens and 2 large tomatoes for about 40 minutes until get cooked. Peel the potatoes and put them on the edge of a large platter. Next put the salad and then the pumpkins. Crush the 4 rye rusks and scatter on top. Over this whole place 2 boiled tomatoes and '' break '' with a fork to pour the salad with their liquid. Add salt, pour plenty of olive oil and a little vinegar.