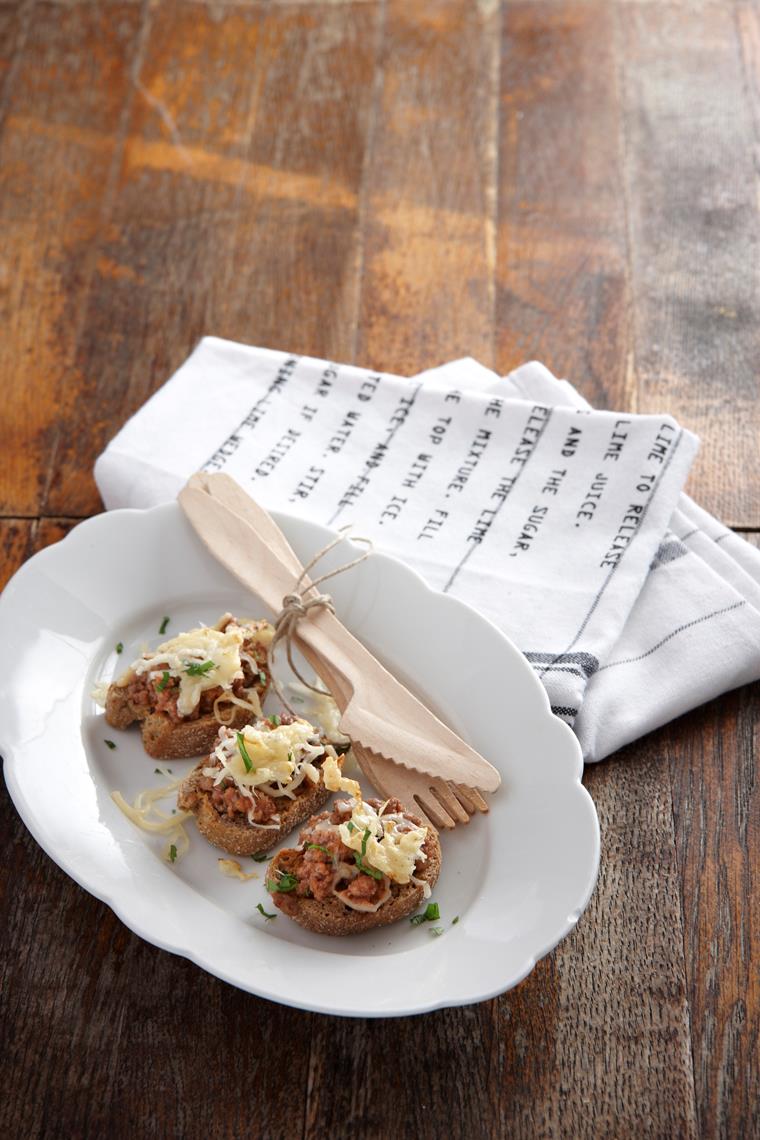 Prepare minced meat. In a frying pan pour olive oil and onion and saute until its fluids are absorbed. Then add the minced meat and mix with a wooden spoon until it begins roasts. Switch off with wine and let it boil. Add another cup of water and the tomato paste
and stir well. Add salt, pepper and stir well. Turn down the heat. Cook until the sauce thickens, but before minced get dried. Put parsley and stir. Pour onto the barley rusks the meat and sprinkle with cheese inchunks. Bake the barley rusks for 10 minutes in a preheated oven at 180oC until cheese is melted and golden brown. They serve them warm.